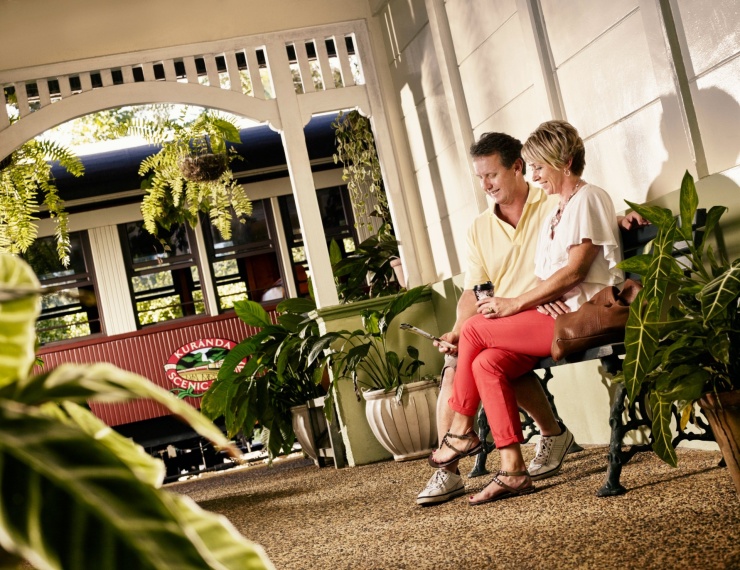 Visit the beautiful Village of Kuranda, nestled amongst pristine World Heritage Listed Rainforest. Choose between Train up and Skyrail down or Skyrail up and Train Down.

Train Up Skyrail Down
This is the most popular option. Having the sun behind you for the Skyrail journey down in the afternoon gives you a great view over Cairns, out to Green Island and the Great Barrie Reef.

Skyrail Up Train Down
Travelling down to Cairns on the train gives you the option of finishing at Carins Central Station in Cairns CBD.
It can also be a more pleasant journey as the train engine doesn't need to work as hard coming down the hill.

We had a great time. There was plenty to see. Transport for everything was fantastic & very comfortable. Would highly recommend your company.
Thank you for making our holiday great.

I was thankful I booked the Train in advance, was great to skip the long queue at the station.
Allocated time at Kuranda was just not long enough, so we had to forfeit our transfer and pay extra for an uber as a later pick-up was not offered.

Great trip. The bus driver (forgot the name) was knowledgeable and helpful. Thank you

Great experience and looked after well.